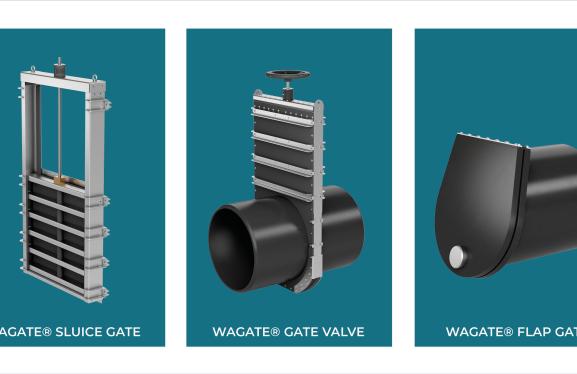 It is devasting if environmentally hazardous substances reach our surface water, recipients, pasture land or water sources. With our solutions for shut-off, you ensure emergency shut-off on roads and in industries, or shutdown at incoming lines for pumping stations, to facilitie straightforward operational and maintenance work. All of this is so you and everyone in our world will feel completely safe.

Read more under Are of use or contact our product specialists for more information. 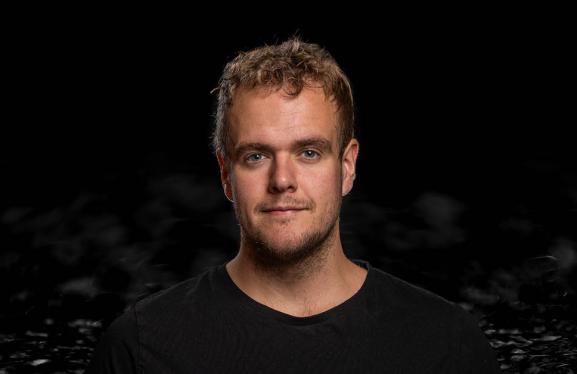 If you have questions regarding manufacturing, logistics and customer support for us at Wapro, Ville Wendel can certainly answer most things. For five years, Ville has accumulated a lot of experience and knowledge about the manufacture of our solutions. He also makes sure that the logistics work so the right product is sent to the right customer at the right time. The accumulated knowledge is valuable to have since he became one of our stars in customer support for half of his working days. 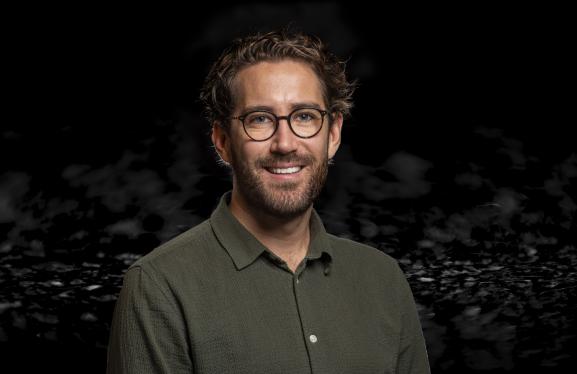 Filip Fagerström is our colleague who does an excellent job with purchasing and is the spider in the net between warehousing, production, suppliers and delivery reliability. 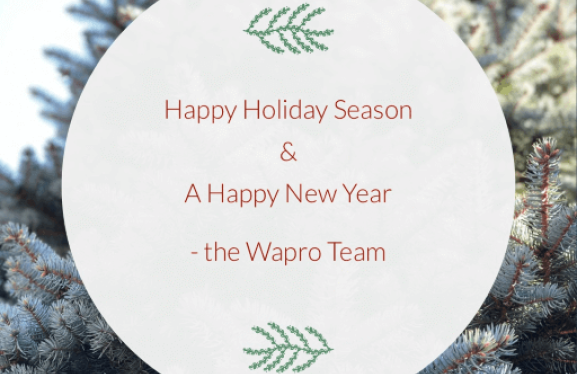 Soon the Holiday Season is here and a New Year is coming up. 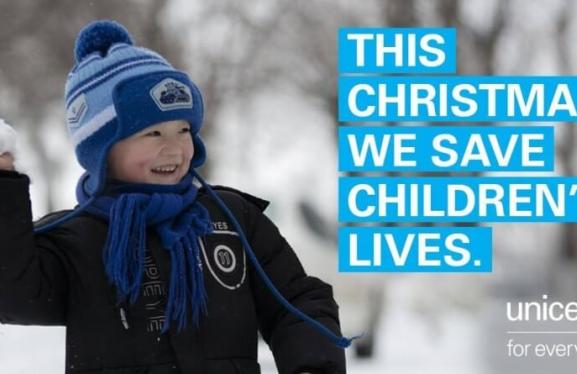 This Christmas Wapro has chosen to contribute to developing nations in their efforts to vaccinate against covid-19 instead of Christmas cards and chocolate.

The pandemic is global and we believe that working together is the right way to go to fight the virus and its affect on people´s lives. 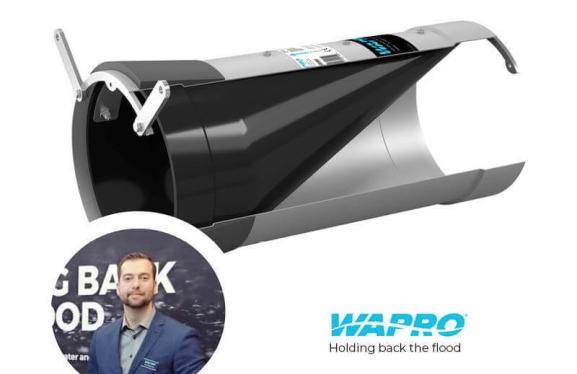 Join a webinar with our product specialist Martin Widerberg

Join a webinar with our product specialist Martin Widerberg, Dec 16 at 10 AM to learn about flood protection with the WaStop Inline Check Valve.

The webinar will consist of case studies from around the world where you will learn about the ingenious function of the WaStop Inline Check Valve and how our solutions have helped protect people and property from thousands of floods around the world over the years! 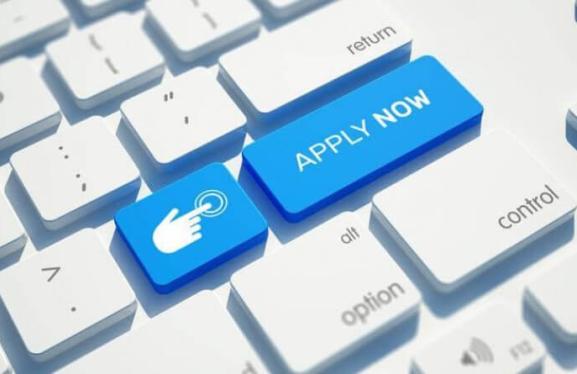 Are you dynamic, driven and have an overwelming desire to perform? We're looking for you!

If you're based in the UK and could be passionate about protecting people and property from flooding, contact us today! 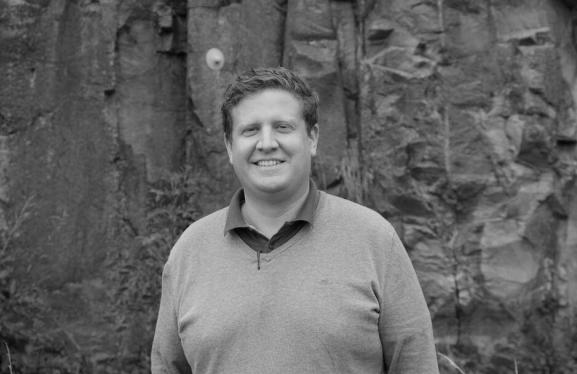 Sven von Radloff from Germany is our latest star in our sales force, Sven started at Wapro in August 2021. Before Wapro he was working in the automotive industry selling spare parts for commercial vehicles worldwide, but especially to northern and southern Africa. When Sven saw the opportunity to apply for an interesting sales job as responsible for Southern Germany, he took the chance. Most of the time he is on the road visiting new and old customers working on solutions against flooding to protect people and properties. 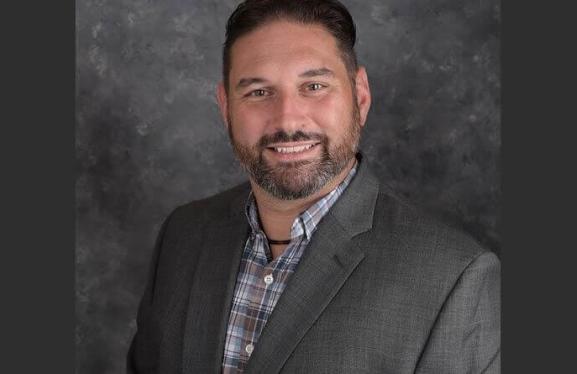 It was about 2,5 half years ago in February 2019 when Gabe Lederman became an employee at Wapro Inc. Before working for Wapro Gabe worked in the wastewater sector selling water treatment and pumping equipment. At Wapro he is Sales Manager in the Northeast Territory in the United States, selling solutions for flood protection to keep people and property safe and sound. 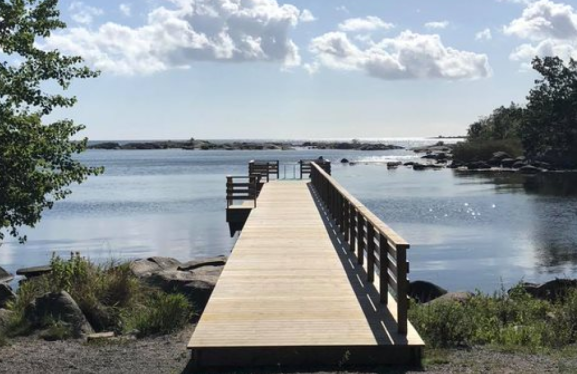 Our warehouse is full and we have fast delivery of our products all summer. 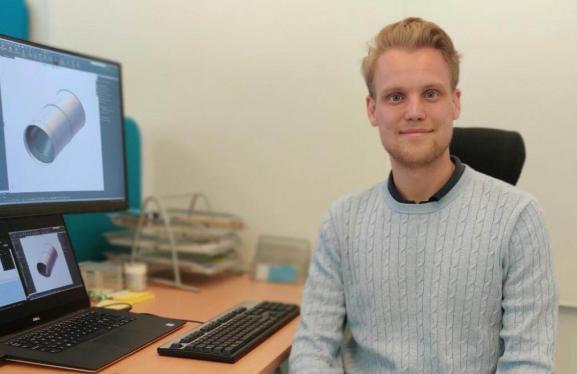 Since the autumn of 2019, Fredrik has provided technical support and customized solutions to Wapro's customers and works closely with the sales team. A normal day includes product development, 2D and 3D CAD drawings for customized solutions as well as conducting product tests in Wapro's test facility. 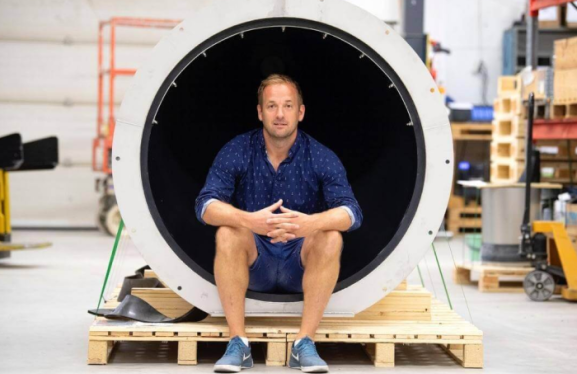 Peter Olsson, our Scandinavian Sales Manager, started his journey with Wapro in 2007 by working on the stand at the Water and Wastewater exhibition in Gothenburg. 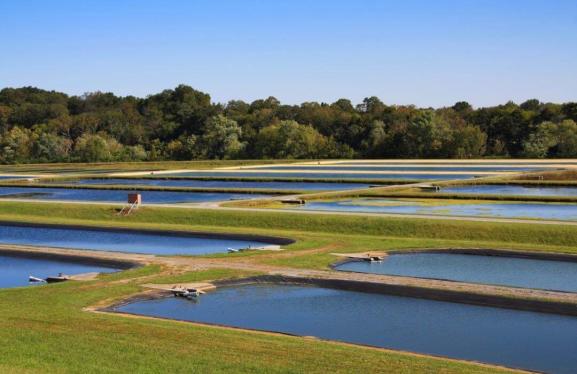 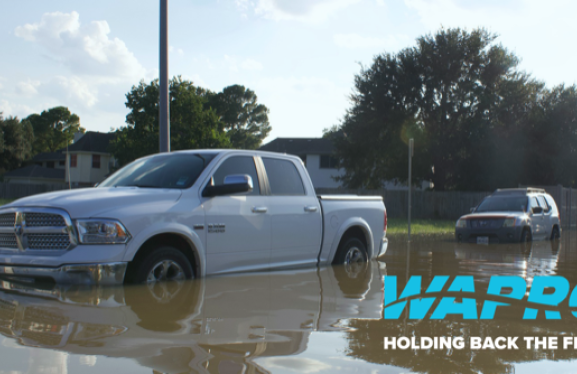 Welcome to a digital event

Grab a seat for our digital event “Mitigating the Consequences of Increased Flood Hazards in Municipalities”. During the event we will go through the driving forces behind increased flooding and how this will affect the stormwater systems. You will also learn the basic concepts for how modern check valves will minimize the problems. 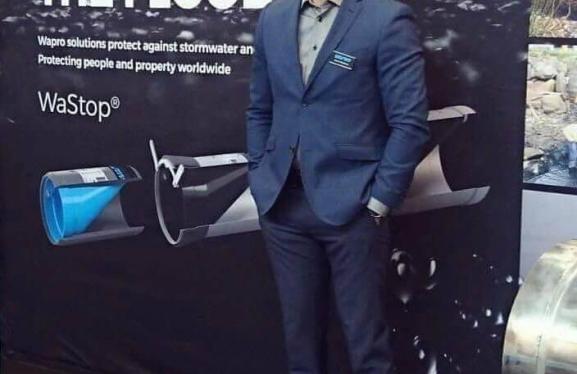 Say hi to Martin Widerberg, Wapro´s Area Sales Manager in Europe who has many years of experience in product- and service sales. 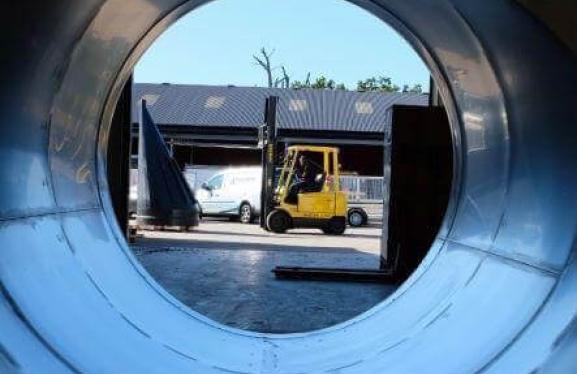 With only one day left of 2020, we´d like to take the opportunity to thank you for this year. 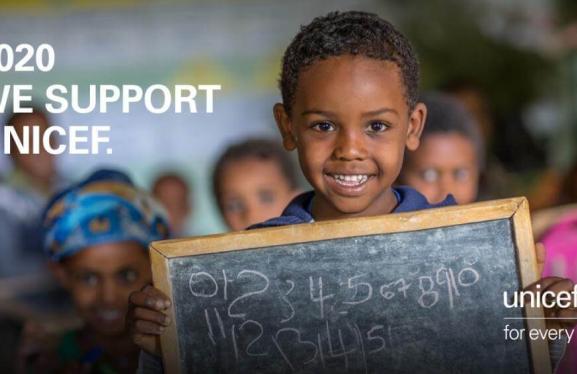 We choose water over chocolate or other Christmas gifts

Even this year Wapro chooses water over chocolate and other gifts! 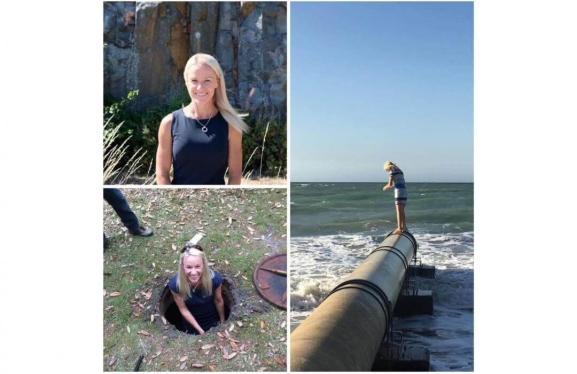 Meet Kerry Olsson, who has been active in the stormwater sector for over 10 years with a base in Sweden. Travelling worldwide and learning about stormwater problems has given Kerry a good understanding of a wide range of issues caused by climate change that are faced internationally on a daily basis. 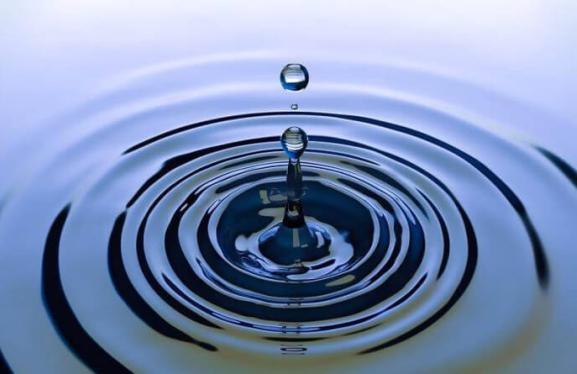 Are you our new Territory Sales Manager in Germany?

Wapro is a fast -growing company with its head office in Sweden. Wapro AB has been in the stormwater and wastewater industry since 1988 and has made a name for itself with their unique patented products for backflow alleviation and flow control. Wapro AB is active in 20 countries worldwide through cooperation with specially selected sales partners, and since 2015 in the USA with its own subsidiary and since 2018 in Germany. Business in Germany has grown steadily and with the inception of Wapro owns sales staff on the ground in Germany, that growth is accelerating.

To maintain growth Wapro is now in need of a dynamic and competitive Territory Sales Manager that thrives in a rapidly evolving business. The successful candidate will play a fundamental role in achieving our ambitious expansion and revenue objectives by working hand in hand with all parts of the sales chain. You will also have the opportunity to be a part of the growth of the company in Germany and the roll will adapt to the growth of the company.

Apply via the link below or contact Kerry Olsson 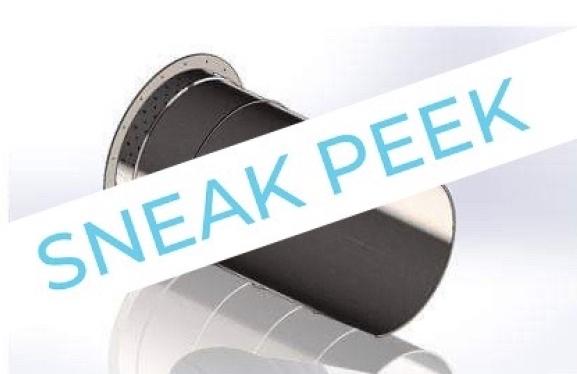 When a customer requires a solution where our products don't quite match the requirements, we listen to their needs and come up with a solution.

A new dimension of one of our most ingenious products will hit the market shortly and solve a very large flooding problem for our customers. Peace of mind and holding back the flood!

Keep an eye out! 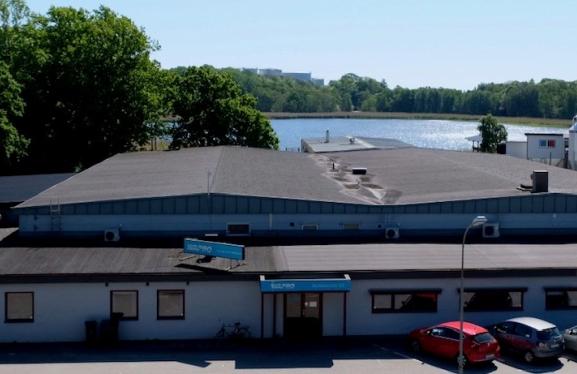 In 1988 Mats Persson, a civil engineer, discovered a need that could not be solved with traditional products, so he invented WaBack, a non-return chamber for sewer and stormwater. Mats discovered the potential for his invention was bigger than he initially imagined and he founded Wapro AB later the same year and continue to grow the business. Mats goal was to invent products that provided the best possible protection against flooding, odour and backflow in stormwater and sewer systems.

Starting with WaBack, a backflow prevention chamber, Wapro’s products quickly gained traction in Sweden. Following the success of WaBack, Mats went on to invent WaStop, an inline check valve to prevent flooding in stormwater and sewer systems. A third product, WaReg, quickly followed and was designed to autonomously regulate stormwater and to round-off the product portfolio. Over the coming years Mats marketed and sold the product portfolio in Sweden and the Nordic countries. He understood there was a market far and beyond the neighbouring countries and the worldwide expansion began.

In 2013 The Wapro Way, Wapro’s sales strategy, was penned and created a solid platform for growth both within Wapro’s own organisation and together with Partners worldwide. Wapro Inc was founded in 2015 in USA and expansion began into the North American market. In 2017 Wapro became part of the Lagercrantz Group, which gives a solid financial backing and the synergy that comes from being part of a strong focused group of companies. Lagercrantz is a Business-to-Business value-creating technology group offering proprietary products and products from leading suppliers.

Today Wapro has a growing international presence with employees located in Sweden, USA and Germany. Today Wapro invents, innovates, manufactures, tests, promotes and sells products to 49 countries. Working with strong Partners in many of markets gives local knowledge, support and invaluable connectivity with the users of Wapro’s products.

Wapro has become the market leader in high-quality protection against flooding, odour control and backflow through innovation and an overwhelming desire to exceed expectations. Wapro is ISO certified with ISO9001 and ISO14001, and has a robust environmental policy. High quality brings success and minimizing the environmental impact is a mission.

Through innovative solutions and more than 55 000 installations, Wapro´s product portfolio has prevented thousands of floods throughout the years. All with an ambition to keep people and properties safe. Common-sense and simplicity, and a determination to perform above expectations, enable us to solve problems existing today, and tomorrow.

Mats Persson´s initial inspiration and inventions provided a good platform which has taken Wapro to what it is today. Mats now enjoys following Wapro’s journey from his hammock and Wapro blossoms with the same energy and culture as with which it was started.


Holding back the flood 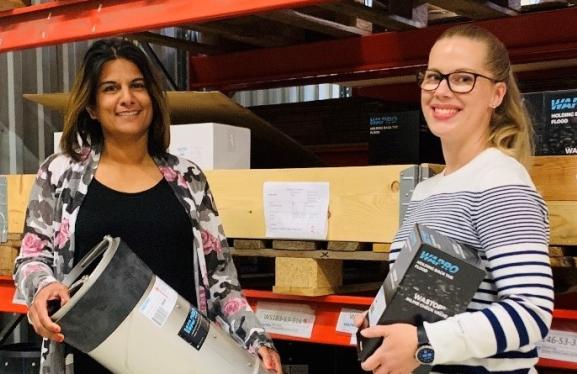 Lotta and Sandra provide Wapro's customers the best, simplest and fastest service that´s possible every day. They do a fantastic job handling orders and enquiries from all corners of the world. 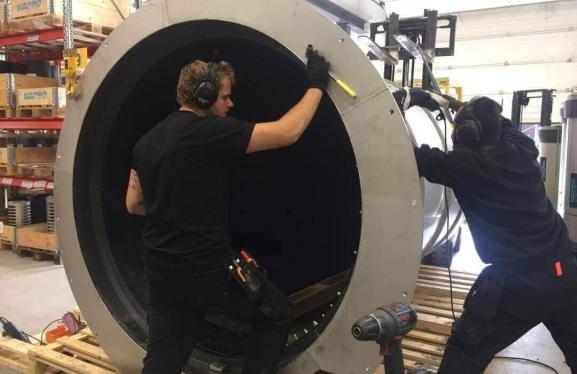 Wapro, a company from Karlshamn, Sweden have been entrusted to deliver flood protection check valves to the River of Life project, a billion-dollar project in Malaysia’s capital, Kuala Lumpur.  A large and prestigious project for Wapro. 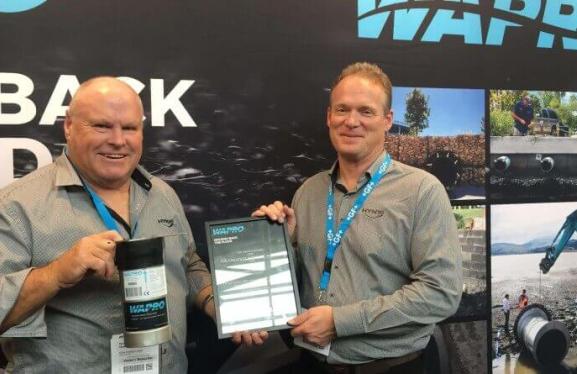 The Bi-Annual Distributors Meeting was an evening of discussions, learning and laughter at IFAT, Munich yesterday 15 May 2018.  General mingle was followed by discussions about providing real value for our customers lead to an enjoyable and informative evening. The evening culminated in the Bi-Annual Awards Ceremony where the prestigious 'Gold WaStop' was awarded to Aquatic Control Engineering from UK for their consistent efforts in providing their customers with the best solution for backflow prevention and their commitment to protecting people and property from flooding.

Hygrade Products New Zealand achieved the largest increase in year-on-year sales. MFT Norway protected the most people and properties from backflow flooding, and Canplast Switzerland were awarded a prize for the largest WaStop installed during 2017.

Congratulations to all our distributors for their efforts during 2017!

The Touch Hotel is a haven for the discerning traveler. At 300m high and with 360° panoramic views of Doha, a four-level fitness centre and its canter-levered pool, its a landmark hotel. 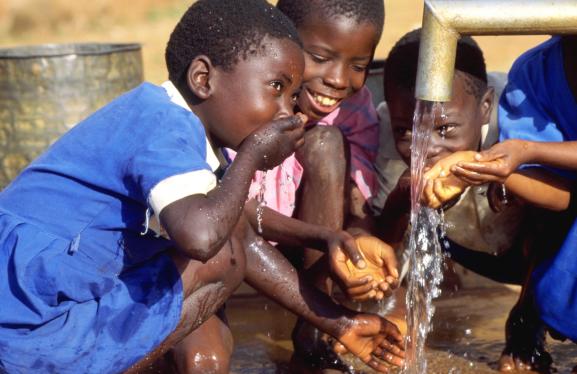 Its holiday season again!  We're excited to be soon starting a New Year, fresh and full with energy to meet the challenges and potential that 2018 will bring. 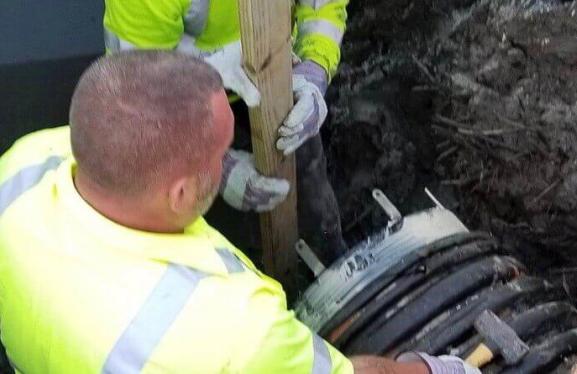 These lines illustrate in a good way, the added value built in to our products. Thanks for the feedback, Jessica! 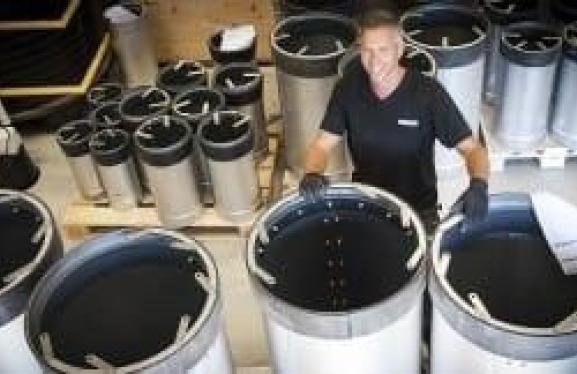 We at Wapro take great pride...

... in protecting people from flooding around the globe. Before our products leave our warehouse, we ensure they perform as promised. 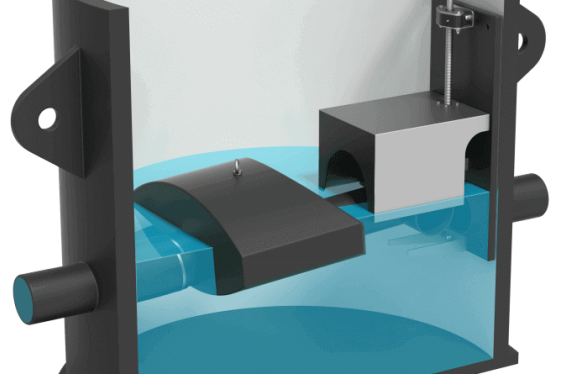 We can all see it, feel it, experience it – the climate changes are affecting us all. Regardless of where we reside, more frequent and higher levels of precipitation is something we have to get used to. And handle. 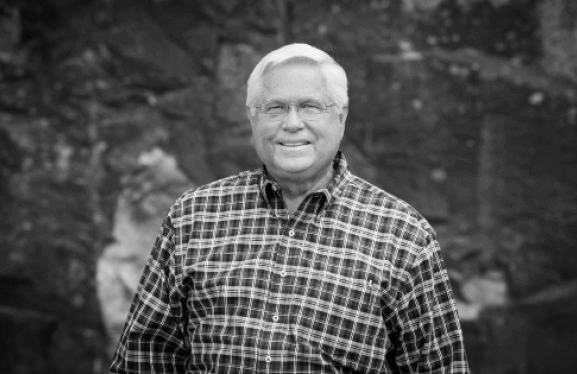 Wapro is growing and so is our workforce

We’d like to introduce Richard Neal, a highly skilled and experienced professional based in Orlando, Florida. Richard will do everything in his power to help you, tailoring solutions for your specific needs. 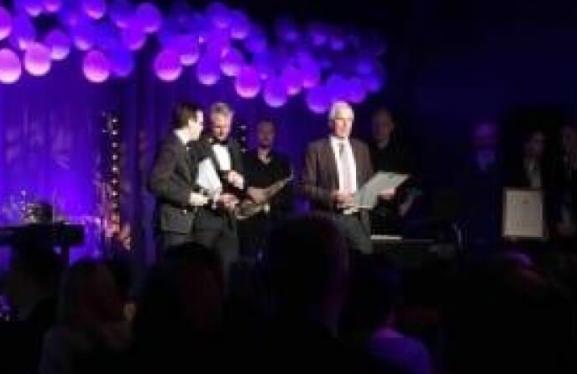 Business person of the year

Mats Persson, owner of Wapro AB and inventor of WaStop, WaBack and WaReg, has been awarded the prestigious Business Person of the Year award in Karlshamn, Sweden.